Auto123 gets to drive the all-new Hyundai Ioniq 5 and the Volvo XC40 Recharge in the dead of winter and gets schooled on what happens to range in frigid temperatures!

In a bit of fortuitous timing, it happens that we’re test-driving two all-electric models back-to-back this month, in the midst of an extended cold snap. We’re relishing the chance to try out these EVs in these conditions, and specifically, we want to see what kind of effect the freezing temperatures – generally below -15 Celsius on average, and quite a bit lower most nights – can have on range.

Having just completed a tour of duty in the 2022 Volvo XC40 Recharge, we’re now getting a crack at the all-new Hyundai Ioniq 5 all-electric crossover, which hits the market this year with the Tesla Model 3 dead in its sights.

It’s early days for our testing, and we will have full reviews in the coming days for you, but it’s already clear that those stories of range being slashed by as much as 40 percent in extreme conditions are more than stories, they’re observable reality.

Shopicar.com, 100% online, shop for your next car, buy online and get it delivered to you anywhere in Quebec! 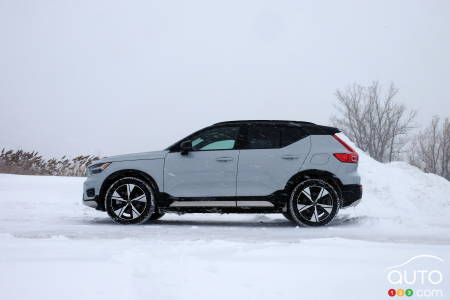 In the case of the Volvo XC40 Recharge, the official range of 359 km was nowhere to be found, no matter how close we got to a 100 percent charge. Full, in the context of the cold weather, meant 200 km. What’s more, charging the vehicle at home on a regular household plug – a languid affair at the best of times – slowed to a veritable crawl. In 48 hours of straight charging, I recovered… 37 percent of charge.

To be fair, anyone who buys an EV like this one is likely to have a fast-charger installed, and indeed, at public fast-charging stations recharging was quite fast. But that 200-km ceiling held fast. Extreme cold weather means substantially reduced range, there’s no way around it. In terms of percentage, our XC40 was giving us 56 percent of the range available in optimal conditions.

As for the new Ioniq 5, it’s too early to tell if the effect of the cold weather will be on the same scale. We’ll be reporting on that as part our full review, so stay tuned! 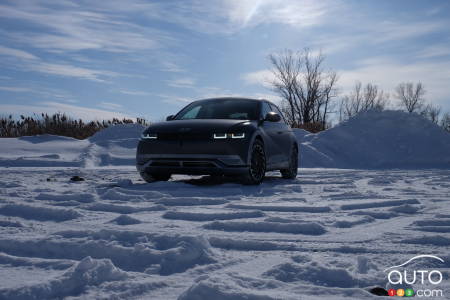 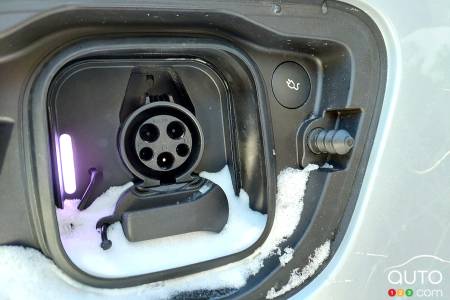