BMW’s smallest SUV gets BS6 engines among other tweaks for its 2020 iteration.

The entry-level luxury SUV segment is one of the most important segments in terms of sales for luxury carmakers in India. 2020 is due to see one of the biggest rejigs in this segment with the launch of the new Mercedes-Benz GLA and the Audi Q3. That makes this the perfect time for BMW to get a jump on its competition and bring the updated X1 SUV to India. So is this just another very typically BMW-esque minor update, or is it something much more? 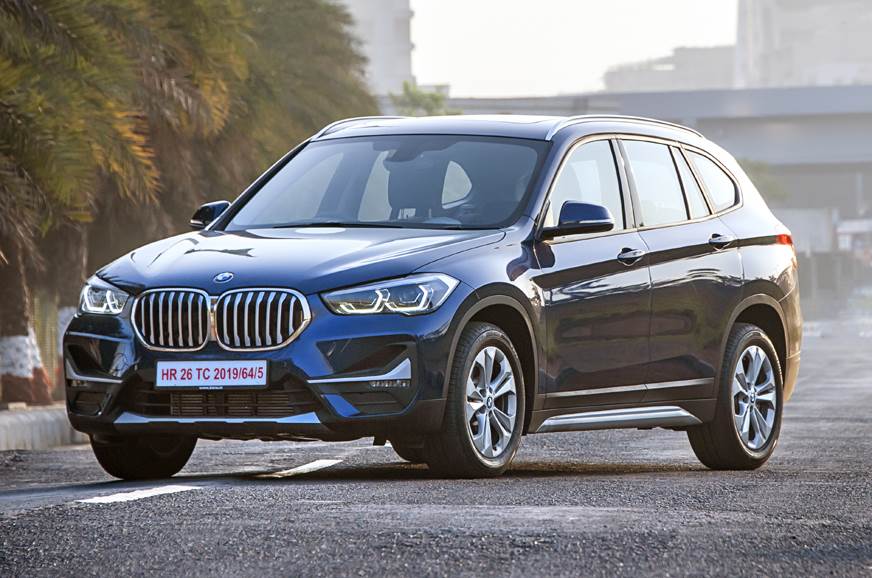 The 2020 X1 gets rather subtle design changes.

What’s new on the outside?

Let’s begin with the obvious – the changes to the exterior. As seen on almost every new BMW in recent times, the X1 too now gets a larger kidney grille – a single-piece unit that brings it in line with its bigger brothers, like the X5, X6 and X7. That said, while the larger SUVs do have a lot of chrome on those massive grilles, the painted silver vertical slats on the X1’s grille don’t look as premium and do leave us wanting more bling. Other changes include a new front bumper with repositioned fog-lamps (now horizontal LED strips), and redesigned LED headlamps. Viewed in profile, the updated X1 looks pretty much the same as before, albeit with a new set of 17-inch wheels on this sDrive20d xLine variant. Meanwhile, changes around the rear are subtle with mildly updated LED tail-lamps, a slightly updated bumper and slightly larger exhaust tips. 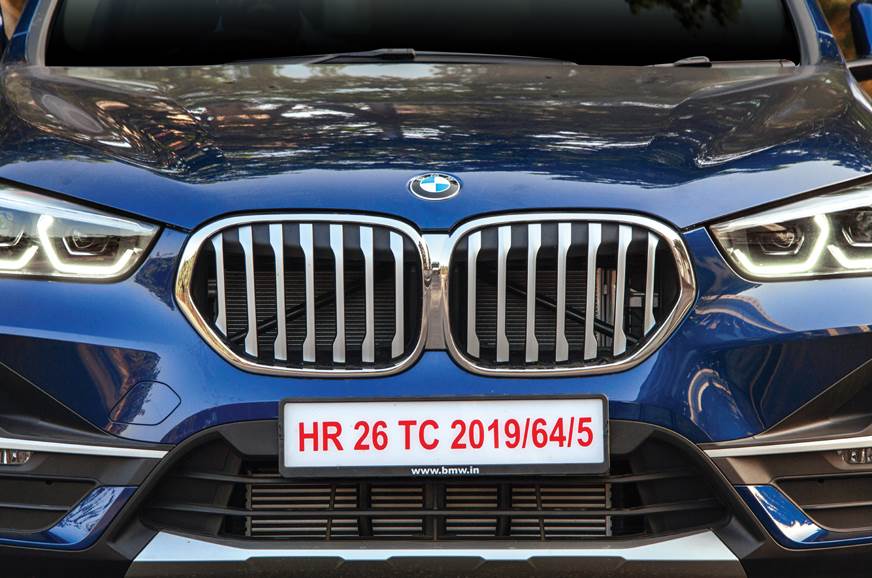 BMW’s signature kidney grille has been scaled down for the new X1.

What’s new on the inside?

The changes on the interior are subtle too. The 8.8-inch touchscreen takes centre stage, but although the screen is large on paper, its placement makes it appear smaller than it really is. The updated system also gets a newer version of BMW’s i-Drive interface; and while it works well, one should note that it isn’t the latest version you get on new-generation cars, like the Z4 and 3 Series, which is a sign of the X1’s vintage. Also, while the updated X1 gets wireless Apple CarPlay, BMW, as expected, still does not offer Android Auto. Other changes include a new gear lever (which is nicely designed) and configurable interior ambient lighting. There’s also a bit of contrast-coloured double-stitching on the dashboard that gives it a richer feel, but again, the X1’s age is starting to show, with materials that just don’t feel quite as rich as in BMW’s newer cars. 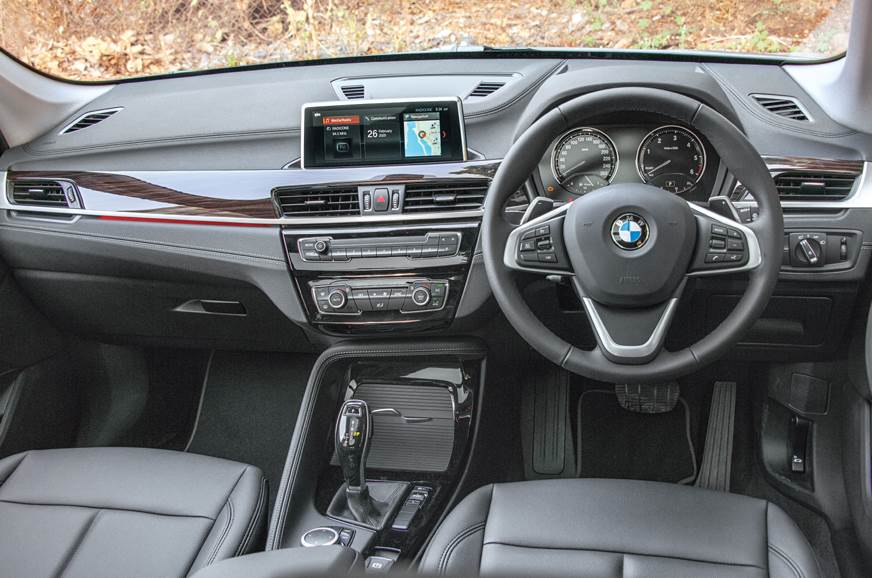 Interior changes are even more subtle, though there is more kit.

Luckily, there has been no change to the X1 when it comes to the sheer amount of space that this SUV packs. Both the front and rear seats are still very spacious and the panoramic glass roof means that the interior is always well lit and feels airy. The best-in-class boot packs in an impressive 500 litres of space, and since it has its own dedicated recess under the boot floor, the pesky space saver doesn’t eat into luggage space as seen in some other luxury cars. To wrap it all up, BMW has provided two USB-C charging points for rear passengers, in tune with the times; but in case you don’t have the right adapter yet, there is a regular USB port at the front.

While the changes on the outside and interior are apparent in some cases and subtle in others, the changes under the bonnet are far more far-reaching. The updated X1, in both in its petrol and diesel guise, is now BS6 compliant. The model we have here is the 2.0-litre, four-cylinder diesel that makes 190hp and 400Nm of torque – figures that are unchanged from the BS4-spec model. The new engine meets BS6 emission norms by adding in a diesel particulate filter (DPF) and selective catalyst reduction (SCR) that uses AdBlue emission reduction additive, which can be filled via a port next to the fuel filler. 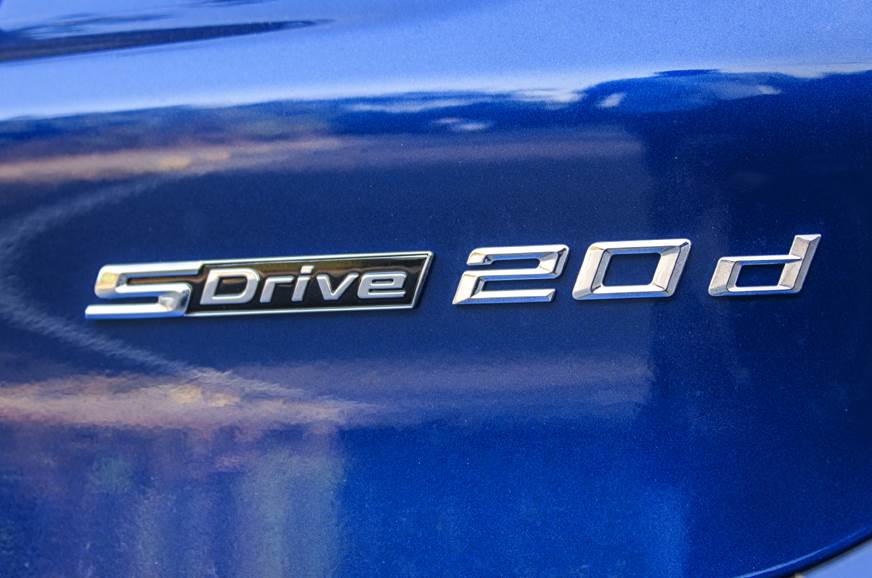 While the figures suggest no changes, there most certainly is a noticeable change in the way the engine sounds and drives. For starters, it is quieter compared to the older unit – both, while at idle, or when being pushed hard – and refinement levels in general are much better. BMW’s new mapping has also made the engine a lot more linear in terms of power delivery; and while that does make it easier to drive, especially in traffic, the typical punch that these engines were so famous for will now be missed. However, if you do want that fun and the relentless turbo torque to move your soul, you can always toggle the drive mode into ‘Sport’ – shift the gearbox into ‘S’ or use the paddles to go through the 8-speed gearbox. Against our testing gear, the new X1 was actually quicker, doing 0-100kph in 7.72sec against the older model’s 8.07sec, with an even greater gap in kickdown acceleration; and it’s worth noting that the BS4 car we tested had AWD, while this new BS6 car is a front-wheel drive. Speaking about all-wheel drive, BMW will not be offering that on the X1 anymore, even on the top-spec M Sport trim level. 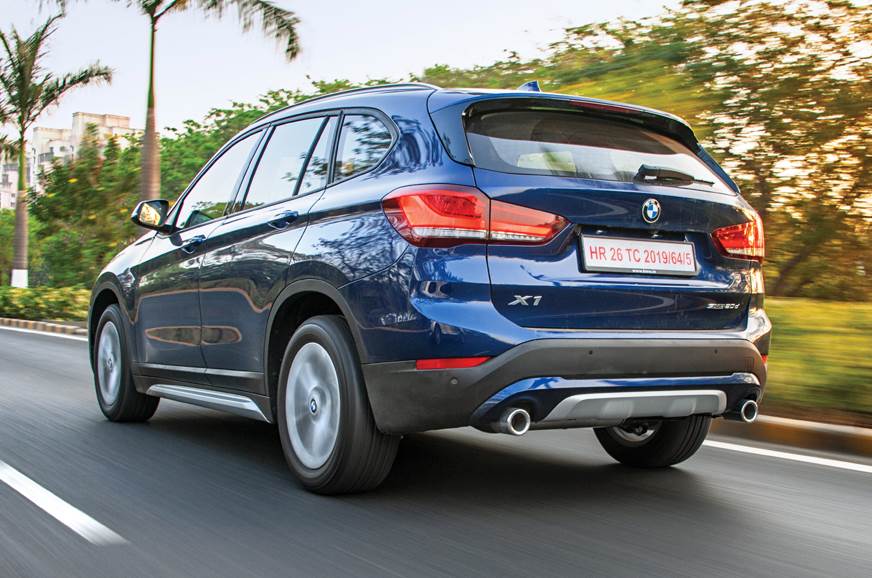 The BMW X1 facelift is also a bit more comfortable. Now while that might be attributed to the xLine’s 225/55 R17 tyres, there is most certainly an added suppleness that the German automaker has added to the suspension setup. Bump absorption is better than before, and although there is still an underlying sense of the typical BMW firmness, the X1 is now a lot more forgiving for bad roads while maintaining high-speed composure.

Should you buy one?

With these updates, BMW seems to have aimed their entry-level luxury SUV towards a more varied target audience. Gone are the days when a Bimmer would be stiff as nails and the epitome of driving pleasure. Instead, it’s replaced by products that are extremely well sorted all-rounders; and the X1 is just that. It looks good, even with that behemoth grille, has great road manners, is well equipped and spacious. The model we tested costs Rs 39.90 lakh (ex-showroom, India) and prices on the whole are about Rs 40,000-60,000 more than the outgoing car, depending on the variant. This is not bad at all, considering the updates and revised engines, and while there’s no top-spec AWD model anymore, there is now a new base SportX model that brings the entry price down to Rs 35.90 lakh against the previous model’s Rs 38.30 lakh. For more on the prices of the SUV, head here. 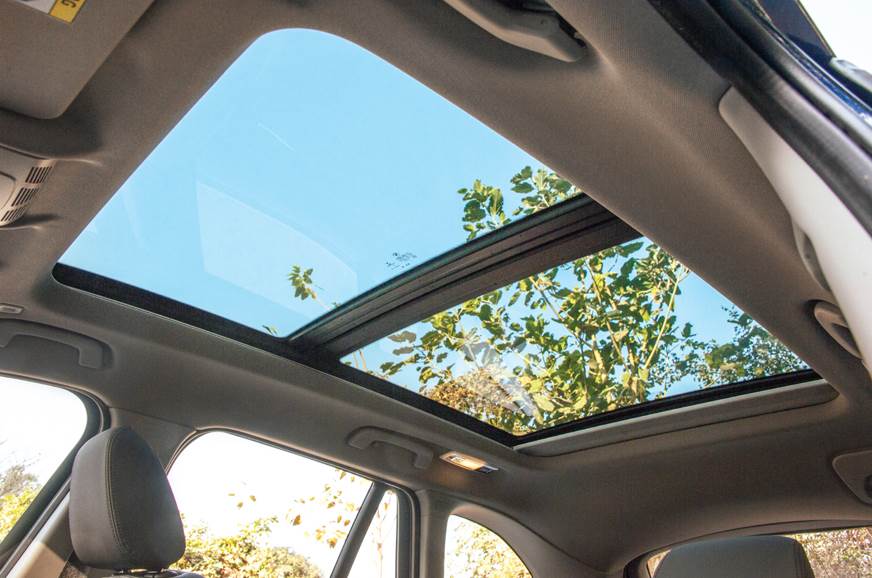 Since there’s no hatchback on offer anymore, and the 2 Series Gran Coupe not due for launch until later in the year, this updated X1 makes for a strong entry point to the BMW brand. Moreover, the Volvo XC40 has been reduced to a single petrol variant, and as Audi and Mercedes-Benz have exhausted their stocks of the current-generation Q3 and GLA, (and there’s a long wait before the new ones come along) at the moment, BMW has this segment pretty much all to itself.